When you talk to as many expert hair stylists as we do, you begin to learn that most stylists’ affinity for hair started long before they stepped foot in a salon. So when you meet one with the kind of reputation John Barrett has in the beauty world, it’s easy to assume he always knew hair would be his calling—but that couldn’t be farther from the truth.

After a nearly 40-year-long career that’s spanned the globe and allowed Barrett to work with some of the most famous manes in the world (including a certain ahem, princess), he just opened his very first independent salon in New York City! Continue reading to find out why the John Barrett Salon is the only place you’re going to want to get your hair done. 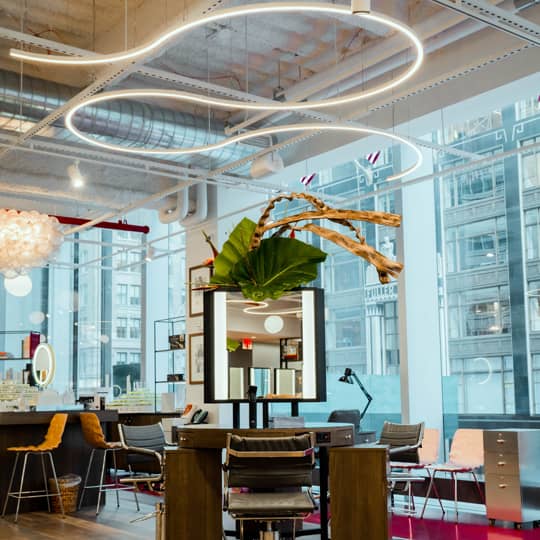 When asked why he got into hairstyling, Barrett says the reason was pretty simple—he couldn’t hold down a job anywhere else.

“I got fired from every other job I had, so this was a last resort,” the master stylist jokingly admits. “I guess I was meant to do it, but I wasn’t aware.”

Back in the 1970s, Barrett was a teenager who had just left his small home town in Ireland for the big city in London, and he needed a job. Barrett picked up a few gigs here and there, but none of them stuck around for long—that is, until he walked into a hair salon. Back then, London didn’t have any official hair schools; instead, aspiring stylists took on apprenticeships.

“They have a system where it's an apprenticeship and basically if you're no good, you will not survive,” Barrett explains. “So when I started, I just walked into a salon, because really, I was having a problem holding down a job. I walked into a salon, and suddenly, I was home...So, no, it’s not like I woke up with a passion. All I wanted to do is to keep a job long enough to get vacation pay.”

Barrett may not have woken up with a passion but he quickly found it, and it earned him way more than just vacation pay! While most apprenticeships take three years, Barrett finished his in six months.

Barrett was clearly a natural, but it’s not just his skill that made him such a great stylist. He quickly learned the secret to making one-time clients into lifelong ones.

“Listening. Communication is so crucial. I think that it's absolutely one of the most important parts of my job.”

With that in mind, Barrett strives to ensure all of his clients walk out of his salon with exactly the hair they imagined—a surefire way to make sure his chairs are always booked. However, opening a salon was never really on Barrett’s list of things to accomplish. Much like how he stumbled into his love of hair, 23 years ago, his first salon all but fell into his lap.

“Well, I'm an accidental success. I was working with Frédéric Fekkai at Bergdorf Goodman, and then his life took a new direction and he moved out to go with Chanel. Then Dawn Mello, who is a legend, discovered me and said that I should be the next phase of the salon at Bergdorf Goodman,” Barrett explains.

After more than two decades at the helm of the legendary Bergdorf Goodman salon, Barrett decided it was finally time to step out on his own. In April 2019, he opened the John Barrett Salon on 57th Street in midtown Manhattan. 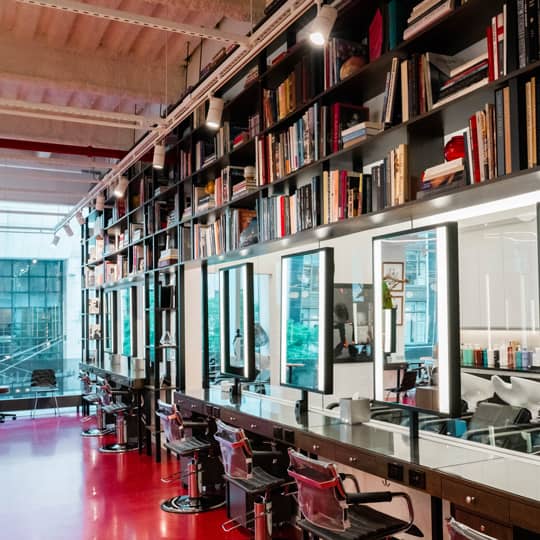 The John Barrett Salon is in good company, located on East 57th Street next door to some of the most luxurious stores in the world. While the salon is no doubt gorgeous, Barrett says he focused on making the salon a place his clients would enjoy spending hours on end.

“When you're in the salon, you're here for probably sometimes an hour, sometimes three hours depending on what you're getting. And basically, you're in a hostage situation,” Barrett jokes. “So what I wanted for there to be was something stimulating everywhere you look.”

The stylist filled the salon with thousands of books and art from his home and has fresh new floral arrangements delivered every week. The salon isn’t just Barrett’s home away from home, it’s also that of his clients. 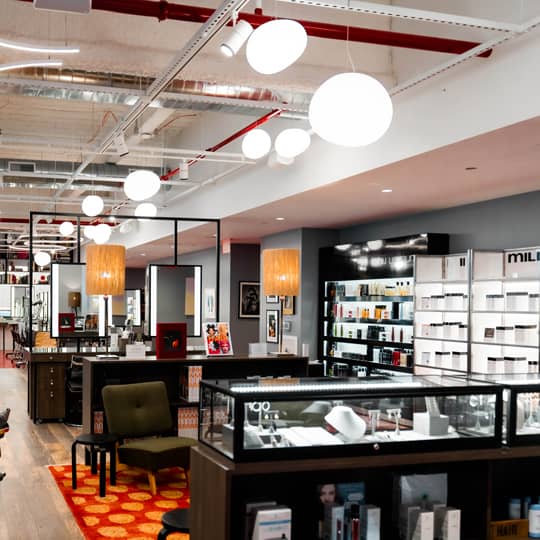 Barrett made many changes when he left Bergdorf Goodman to open his own salon, but one thing that didn’t change is the products he swears by. Barrett has been working with L’Oréal for decades and carries a variety of its brands and products in his salon.

“L'Oréal is our greatest partnership...Making our salon a perfect place for anyone who is already loyal to L'Oreal, or who just wants to try L'Oreal for the first time.”

While the stylist can’t pinpoint his favorite product, he and his clients can’t get enough of the Shu Uemura Art Of Hair and Kérastase brands. If you’re looking to create an entire hair care routine from shampoo and conditioner to treatments and stylers, Kérastase, Shu Uemura, and the John Barrett Salon have you covered. 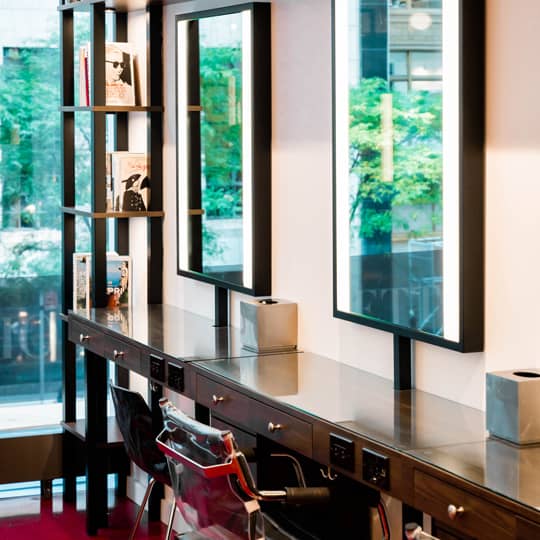 With nearly four decades under his belt, it should come as no surprise that Barrett is a jack of all trades and offers a wide variety of services at his salon. The stylist says he doesn’t have a specialty—his passion is making people look and feel great. That’s why in addition to offering haircuts ($140+), blowouts ($85+), single process color ($160+), and Kérastase Fusio Dose treatments ($70), the salon also offers nail, makeup, brow, and lash services. Head to the salon for a haircut and walk out with a complete makeover! 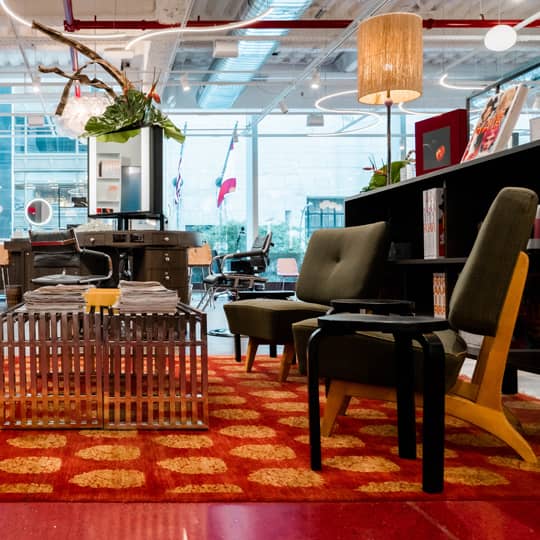 John Barrett Salon is located at 36 East 57th Street, New York, NY. To book an appointment, call 646-231-2000 or book online at www.johnbarrett.com. Follow the salon on Facebook and Instagram @johnbarrettnyc.