Jamie Wiley always knew she wanted to follow in her mother’s footsteps and become a hairdresser. Not even she, however, was prepared for how far her career in the beauty industry would go. Now, the Pureology artistic director has 12 years under her belt—and a lot to show for it.

From her background in editorial to her ever-changing book of clientele, to becoming a published author, read on to find out everything you need to know about the stylist. 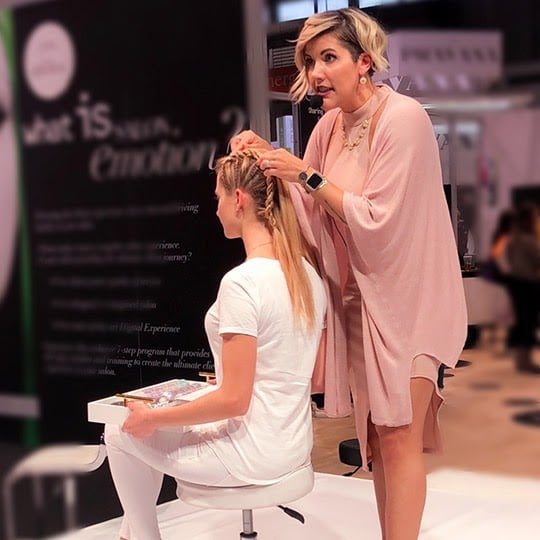 After high school, Wiley spent six years in the army and acquired two degrees, one in writing, which would come in handy a bit later in life. Once she left the army, she decided to go to hair school—the same one her mother attended years prior.

“It was actually a pivotal and sad moment in my life. My mom passed away, and it kind of was a moment where I was like I want to do something I'm passionate about...I just wanted to change people’s lives,” Wiley says.

Wiley was at what she describes as a fork-in-the-road, still questioning if she were on the right path. That is, until she got a sign that pushed her to keep going.

“I was still questioning if it were the right decision, but on the first day of school, my teacher asked everybody in the entire room why they chose this path...I said my mom just passed away and she was a hairdresser and I want to be passionate about what I do for the rest of my life,” Wiley says. “She asked me who my mom was, I told her, and she said she was in my mom’s cosmetology class.

I felt like it was the universe telling me this is where I’m supposed to be. From that moment on, it’s been boots on the ground running.”

Very few stylists’ move around quite as much as Wiley has. As an army wife (and a veteran herself), the stylist and her family move to a new state every two to three years. She just left Define Hair in Ellicott City, Maryland after two years.

She’s currently licensed in Minnesota, Massachusetts, Rhode Island, Maryland, and now her new home in Kentucky. Her book, Hair Boss, touches on how she rebuilds her clientele every time she’s relocated as well as other insider advice stylists should know to build their careers.

“As a military wife and a hairdresser that has to build my book every two to three years, I know how to do it really quickly. I would be teaching for Pureology and I would get these questions in class, so I decided to write it out,” Wiley says. “I have three kids, so I stayed up late or woke up early every single day for six months or so.. It was a labor of love, I feel like this book is my fourth child.” 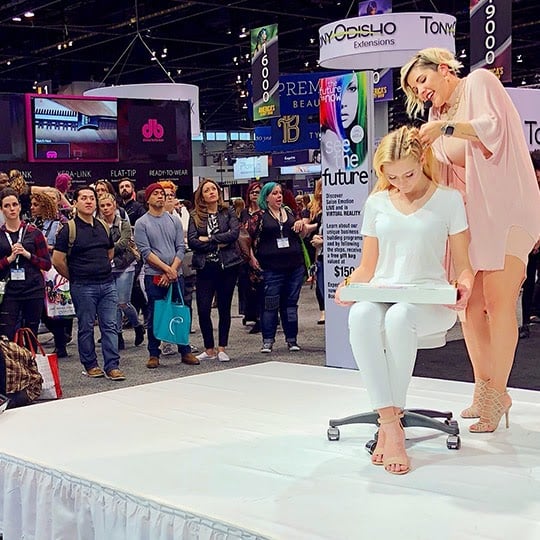 One thing that’s remained the same throughout Wiley’s career is her love for Pureology. She’s always had a passion for educating (which is evident from one scroll through her Instagram), and she’s been able to live out that passion over the past 10 years working with the brand. She bought a bottle of Pureology shampoo at the first hair show she ever went to and the rest is history.

“They’re vegan and sustainably sourced...I knew I wanted to be an educator for them,” Wiley says. “The moment I applied, they accepted me. Then, I just built the ranks from there to level four. This past March, they asked me to be the artistic director of the brand.”

Aside from her work behind the chair, Wiley also has an extensive background in editorial styling, which she says she would do as a full-time job if she could.

“I love editorial and I love creating...I think if my hands aren’t doing something, I kind of go crazy,” Wiley says. “It gives me goosebumps and lights me up inside… Then, when it comes to the moment that the model brings it all to life on set or when you finally see the image and the story behind it, it’s an incredible feeling.” 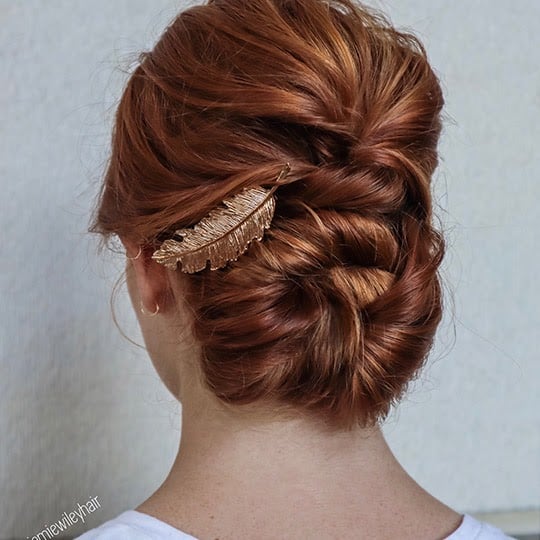 After over a decade in the industry, you can imagine Wiley has a ton of advice to share for current (and hopeful) stylists. Her top piece of advice, however, is this:

“Don’t be intimidated, start right away, and to take as much education as you can,” Wiley says.

Wiley’s journey throughout the industry is an unconventional one, but one you’ll definitely want to keep your eye on for years to come.

Follow Jamie Wiley on Instagram @jamiewileyhair. To learn more about her or to book a private appointment, visit www.jamiewiley.com.