Searching for a salon in the Chicago area? Read on for everything you need to know about Salon Hype in La Grange and Burr Ridge, Illinois.

The Chicago area is known for iconic architectural landmarks and deep dish pizza, but it’s also home to some of the top salons in the country. While you can find dozens of salons in the heart of Chicago, there’s also a booming hair industry in the suburbs surrounding the city. One of the most noteworthy is Salon Hype, a booming full-service salon with two locations in the suburbs of Chicago, a quick 20-minute drive from the heart of the city.

We spoke with Ross and Carissa Bartolomei, spouses and co-owners of Salon Hype. Keep scrolling to learn more about one of L'Oréal’s Top 100 Salons of 2020 and how you can book an appointment. 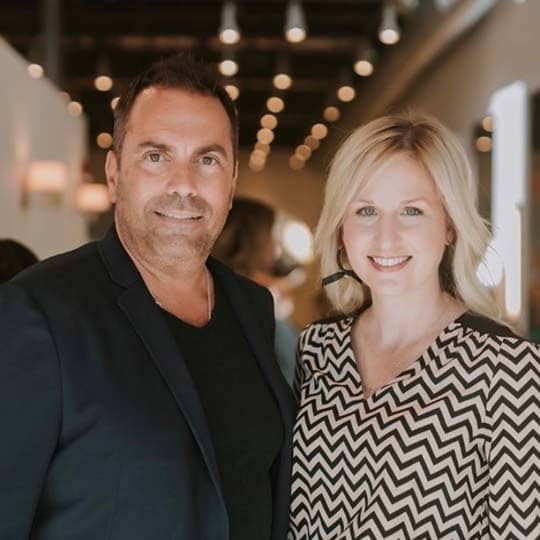 Ross Bartolomei made a name for himself long before Salon Hype existed. His journey began in 1986, working at some of the biggest salons in Chicago. It wasn’t until  1993 that his career really took off, however. He was featured in Allure, which dubbed him the “hair doctor” for his skills in working with curly hair types. Capturing the attention of Hollywood and local movie and television producers after his Allure feature, he began working as an on-set stylist for Chicago-based productions.

When Ross and Carissa met in 2004, however, the duo moved out of Chicago and decided to bring Ross’s signature gorgeous, wearable hair to a new clientele in the surrounding suburbs. Two years later, Salon Hype opened its doors.

While social media has been a driving force for growing salons over the past decade, Ross believes in the power of being involved in the communities you’re catering to. The  Bartolomeis are proud not only of the quality hair services they’ve brought to the Chicago suburbs, but also the time and money they’ve spent immersing themselves into the community they’ve built their businesses in.

“I always make sure we know everyone, and we meet everybody because you can’t fully depend on social media to make those connections. It’s only one piece of the puzzle,” Ross says. “Your more loyal client is being driven by being involved in the community.” 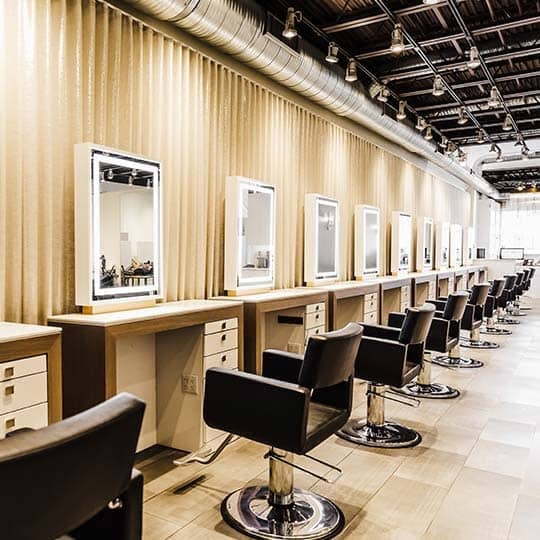 The La Grange location of Salon Hype opened its doors in 2006. When it came to designing the space, the Bartolomeis opted for a modern, urban aesthetic. The glass windows, high ceilings, and crisp, neutral-colored walls give clients the feel of being in a big city. The second location on Burr Ridge opened in 2010, offering clients the same design experience.

“We saw a lot of our clients moving from the city to the suburbs where they wanted to raise their families and have a little bit more grass and space, so we wanted them to feel comfortable when they walked into the salon,” Carissa says.

In the coming months, Burr Ridge clients will get to experience a few exciting updates, including an open hair color dispensary (also known as a color bar). The area will allow clients to watch as colorists mix each color from a palette of 400 shades. 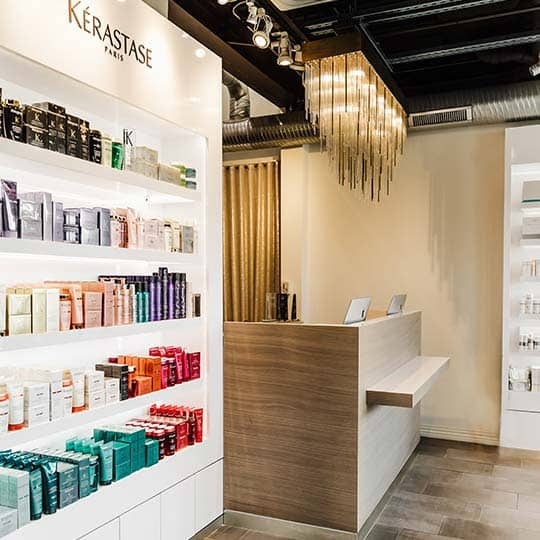 The shelves of Salon Hype are stocked with a number of L'Oréal brands, including Kérastase, Shu Uemura Art Of Hair, and L'Oréal Professionnel. Salon Hype is also committed to using clean hair products, a decision that was made after Ross was diagnosed with Lymphoma in 2013.

“Going through cancer, we really wanted to find something that had less chemicals,” Ross says.

The salon made the switch to L'Oréal Professionnel Inoa, a complete line of oil-based, ammonia-free permanent hair color.

Salon Hype offers a full range of hair services from balayage to cuts to relaxer treatments. While the Burr Ridge location is strictly focused on hair, La Grange clients can also enjoy several nail and skin care services such as manicures, waxing, and facials. When it comes to finding the best stylist for you, the Bartolomeis understand that not everyone is great at doing everything. That’s why they’ve trained their front desk staff to do consultations with clients before they come into the salon.

“When somebody calls the salon, we ask them to tell us a little bit about their hair and what they’re looking for...and then we try to place that person with a stylist who is really right for them,” Ross says.

In this article, we talked about

On the same topic