It Took Me 40 Years To Embrace My Mixed Race Hair

Problem hair. Frizz. Uneven texture. Complicated. Do those words and phrases make you cringe as much as they do for me? If you have hair that isn’t silky and straight, you may have heard them as descriptors of your hair at one point or another, whether spoken by peers or stylists. Little is worse than sitting in a salon chair while a hairstylist mutters under her breath about how difficult your hair is to work with, but it’s an experience many of us are all too familiar with.

For decades, my hair was considered a problem by everyone who encountered it. Subsequently, I considered it a problem too. It took me until the age of 41 to learn how to work with my hair. I learned how to treat it as exactly what it is: a head of gloriously thick, multi-textured, mixed race, curly and wavy hair. In learning how to embrace my mane in its natural state, I discovered that my hair is freaking awesome. Read on to learn more about how I learned to accept my mixed race hair.

My Journey With My Mixed Race Hair

When I was in seventh grade, my science teacher explained to the class how different materials interact with water. As an example of how one single thing can vary in its interaction with water depending on its properties, she noted that silky hair gets saturated when you pour water on it but frizzy hair repels water. When she said “frizzy hair,” the entire class, with no one excepted, turned from their desks and looked directly at me.

I was ashamed of my hair prior to that incident because of how often other children remarked upon how unlike theirs it was, but that’s the first incident I recall where I became aware that my hair was just plain bad. My mother brushed it daily, and taught me to, so my hair was huge but nearly straight. It had little shine. I wanted to wear it down like other girls my age did, so by the end of a school day it would become enormous.

In high school I began micro braiding my hair, by myself and without being taught by anyone, with embroidery thread extensions. Once I was an adult, I switched to kanekalon hair extensions for the braids I crafted. Leaving less than a day between one set and the next, my twenties flew by with almost no one I knew ever seeing my natural hair.

By the time I turned 30, high-quality flat irons had hit the mainstream. I readily embraced them and always wore my hair straightened unless I put in braids for a short period of time. Again in this decade, no one I knew, not even the partners I lived with, witnessed my mixed race hair in its natural state. When I got it cut, upon seeing it wet and getting confused by how varied the textures were, stylists always decided to first dry and iron it, then do the cut. Every person who cut my hair remarked that it was complicated and hard to work with. They didn’t use words like “texture” or “curl pattern” because they weren’t of color, and those terms at the time were relegated to POC spaces and Black salons.

How I Learned To Embrace My Mixed Race Hair

After I turned 40, discussions about race became more common in our culture. I’d spent my life being asked “What are you?” by countless strangers and friends, and I was eager to discuss my experience of looking racially ambiguous and not fitting clearly into any racial group. The more I involved myself in these discussions, the more I discovered how much others had struggled with their multi-textured, mixed race hair too.

I researched how to discern one’s curl pattern and learned my hair ranges in textures from 2B to 3C, with tight spirals in some spots and loose waves in others. I found hair products for mixed race hair, particularly for mixed race curly hair, as well as tutorials on hairstyles for mixed race hair, and I followed their instructions. The first time I dried it with a diffuser, I was shocked: My hair was really, really cute. 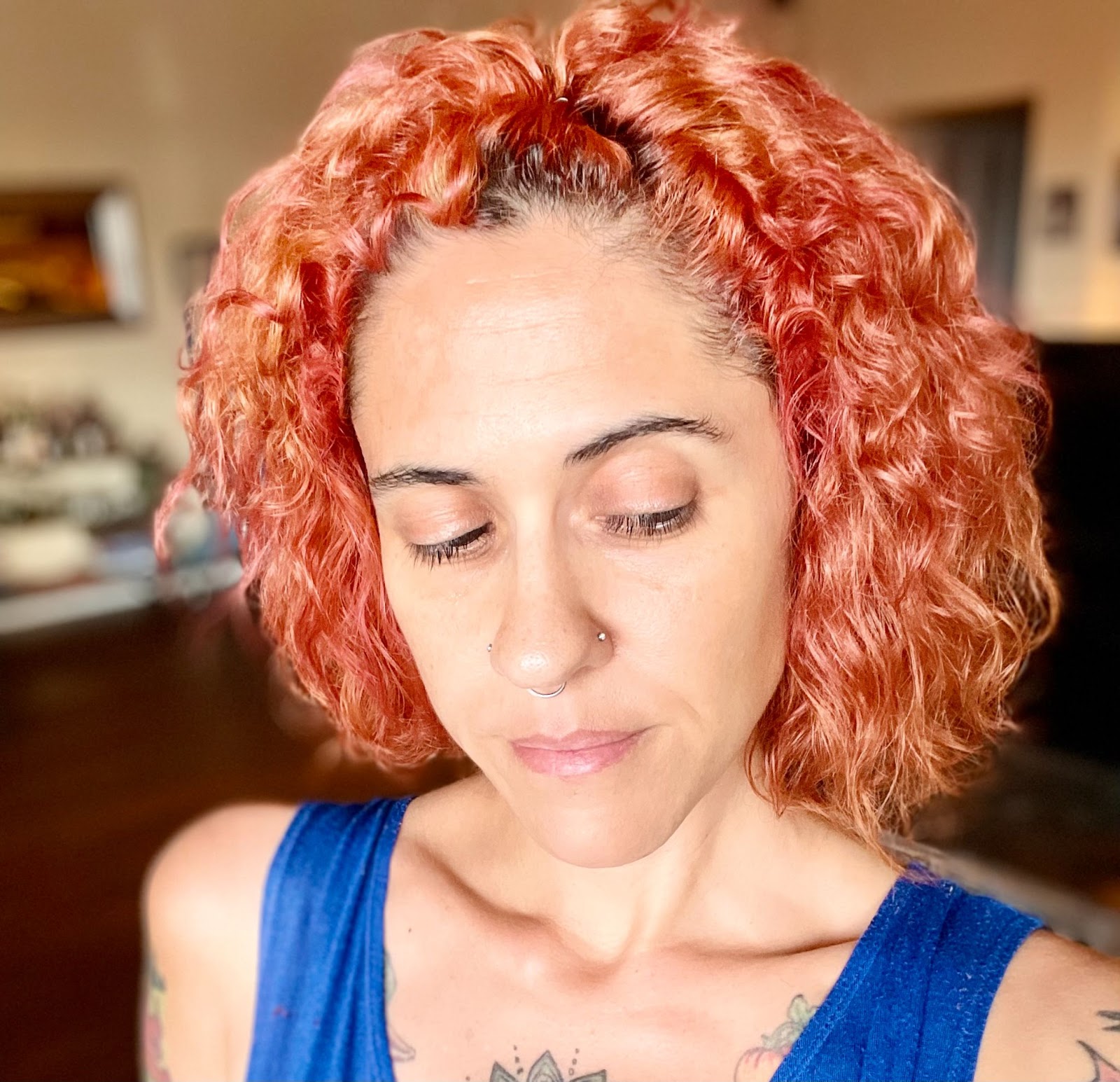 It’s been two years since I embraced my formerly-problem hair. I straighten it once a month or so for a change, but mostly I let it be its big, beautiful self. Sometimes I add curly extensions for color variety. My hair receives compliments regularly. Even as progressively more people embrace their own mixed race hair, I’ve never seen anyone with hair quite like mine. It’s unique, it represents the varied geographical history of my ancestors, and I love it.

Interested in expert advice on working with your hair texture? Use our salon locator to book an appointment at a salon near you.

In this article, we talked about

On the same topic

The Ultimate Guide To Caring For Your Edges