How I Coped With My Changing Looks After Hair Loss

For many women, having long, thick hair is tied to their feelings of beauty. Cutting it—whether you start with a short bob that grazes the shoulders or hair that falls down your back—can be a freeing, sometimes daring experience. But what happens when the choice of changing your style is taken away from you?

Gerrie Summers, a beauty and lifestyle writer, had been growing her locs for 13 years. The longest ones reached her knees! As much as she loved her hair, a breast cancer diagnosis changed everything. Summers joins me for an honest discussion on what it was like to lose her long tresses and how she embraced her new look. 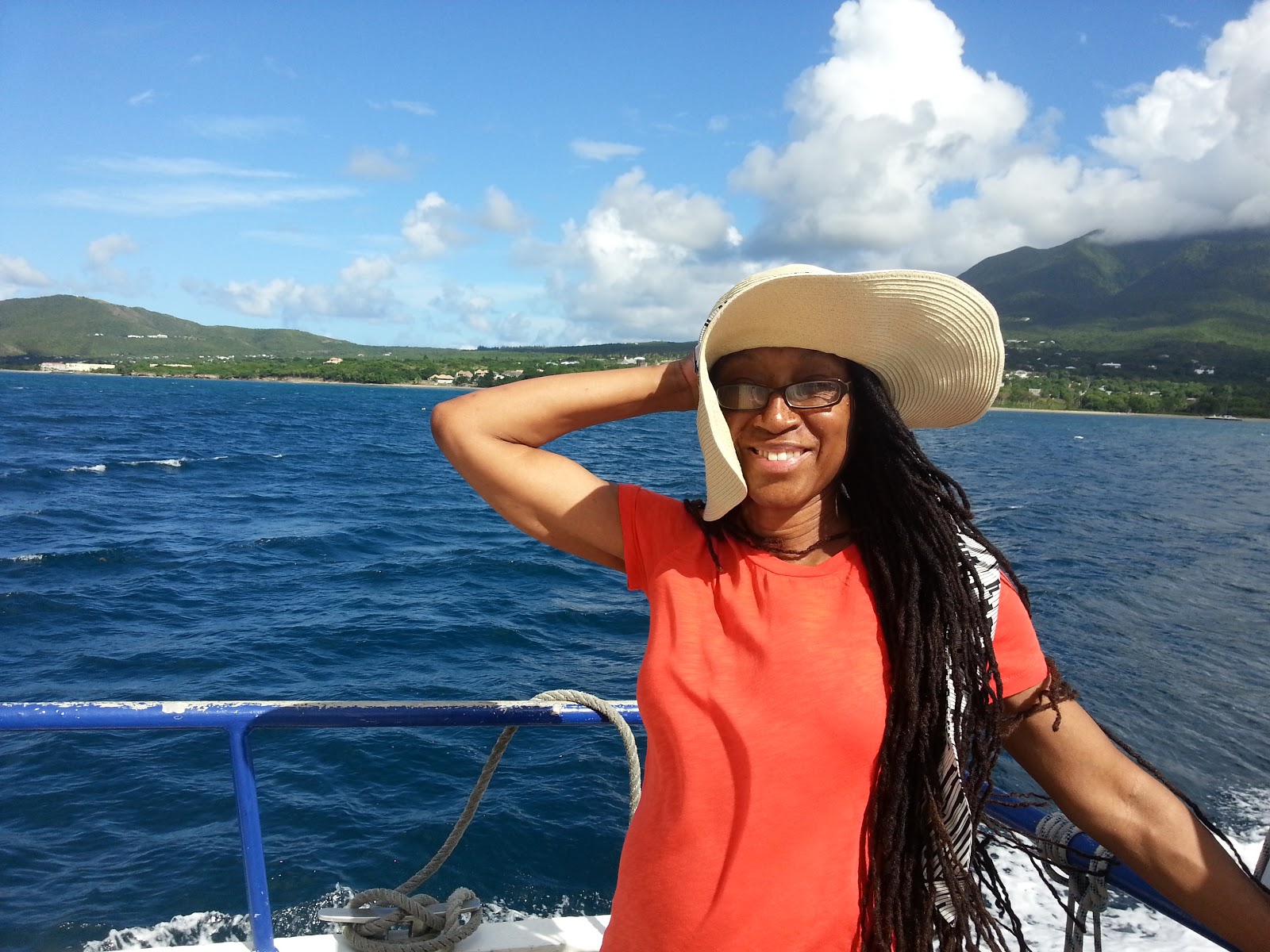 Hair.com: When dealing with cancer, some women experience thinning hair first, while others seemingly lose all their locks overnight. Can you explain how you lost your hair and how long the process took?

Gerrie Summers: In the last month of chemotherapy, when my oncologist started a new drug protocol, I was doing a guided meditation for hair growth that I found on YouTube. [In it], I visualized my long locs and encouraged my cells to hang on. This time, however, instead of seeing the long locs, I saw myself with a bald head. I knew my body was telling me that I was going to lose my hair. About a week later, I noticed a loc on the floor. After another week, all of my locs had fallen out.

HDC: A lot of women would understandably have a tough time with such a sudden loss. How closely was your hair tied to your feelings of womanhood and beauty?

Gerrie: I loved my locs. I loved the compliments about how beautiful and long they were, and being able to say, “Yes, it’s all mine. It’s real.” But I stopped tying my hair to womanhood and beauty a long time ago. One of my favorite songs [features a quote by a well-known poet]: “I am not this hair. I am not this skin. I am the soul that lives within.” It took a long time to get to that realization. Since elementary school I had been led to believe that my hair was not beautiful or something to admire, that it was not appropriate for certain jobs, and I internalized how Black women’s hair is denigrated in this society. The new attitude inspired by that song helped me when I had complete hair loss. I’m much more than my hair.

HDC: That's an amazing attitude to have and one that can help a lot of women who might be struggling with the same issue. What were your thoughts about your thinning hair? Were you sad, angry, frustrated, etc.?

Gerrie: When I was told that I had breast cancer and that I would have to go through chemotherapy, the first thing I thought about was that I was going to lose all of my hair... But to tell you the truth, I was starting to run into problems with hair that long. [It got] caught in doors and inside dresser drawers when I closed them, and [I had] to be creative when entering a public bathroom. After my first consultation with a horrible doctor who bluntly told me I was going to lose all my beautiful hair, I told my sister, “Well, at least I won’t have to worry about my hair falling into public toilets anymore.” 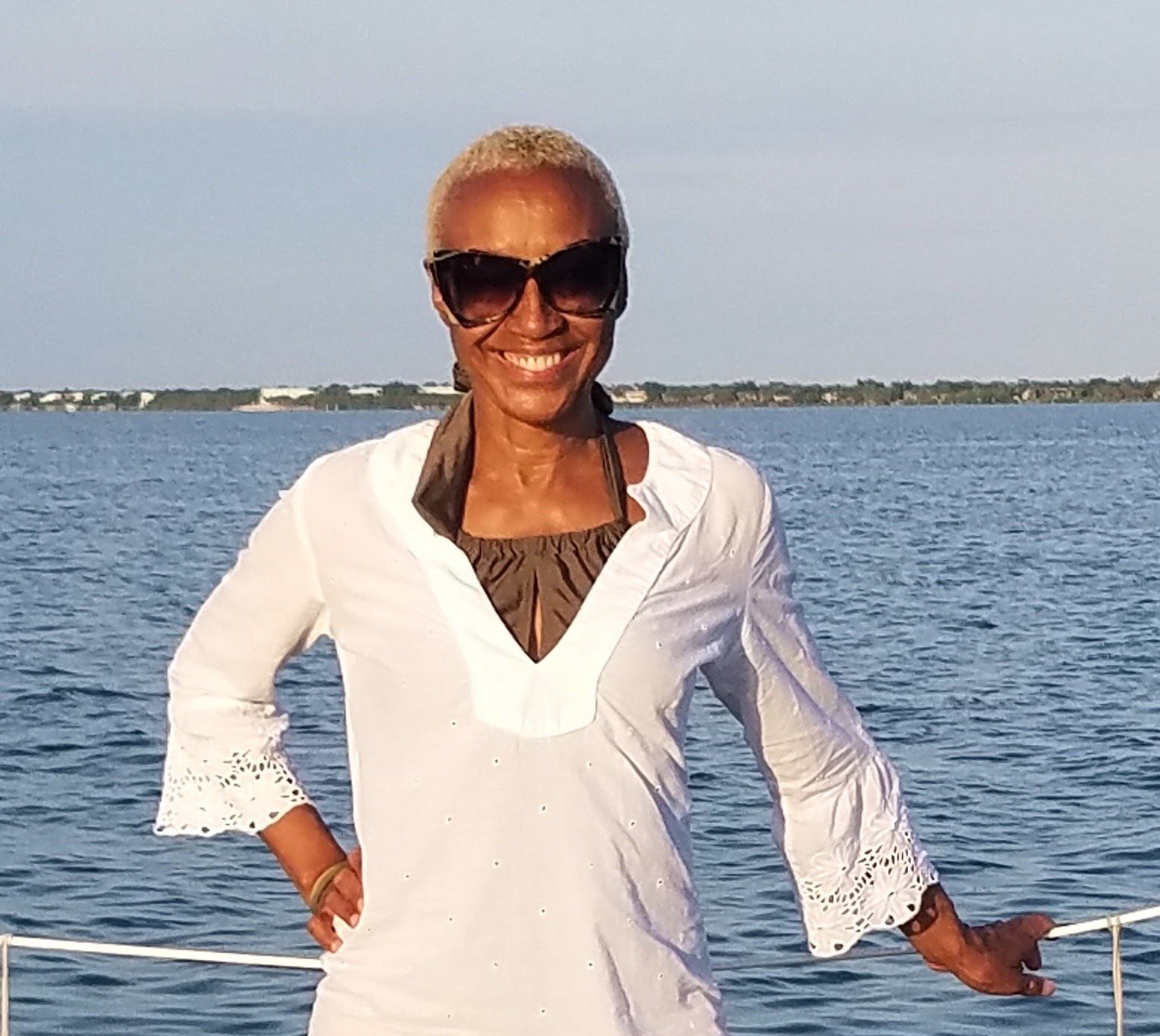 HDC: At least you found a silver lining! When did you cut your hair off and start over, and what was that process like?

Gerrie: All of my hair fell out on its own. But when it started growing back, I decided I liked a shaved head. It was freeing. Initially, my locs had been freeing because I no longer tortured my hair with chemical straightening. It was wash and go. The buzzcut was even better. I don’t have to do a thing, except getting my hair cut and sometimes dyed. I remember that quite a few people thought I had been to a hairstylist when the “chemo cut” started growing out. And [they] thought about cutting their hair off and even letting it go gray.

HDC: That's awesome that you inspired other women with your new style. How do you feel about your shorter look now?

Gerrie: I love short hair, even though it really puts the focus on your face. If you haven’t had enough sleep, or you didn’t put on enough moisturizer, it’s more noticeable. [Laughs] In fact, after all those years of wishing my hair would grow long, I’m a bit annoyed that it grows back so fast!


Interested in more information about styling your hair after hair loss? Use our salon locator to book an appointment at a salon near you.