By Emily Arata & Powered By L’Oreal Professional Products Division
Many professional hair stylists will tell you that they’ve been dreaming about working with hair and coloring celebrity clientele since they were toddlers. Alex Pelerossi is quick to make it clear: She is not one of those people. She fell backward into her dream career totally by accident, but wouldn’t change it for anything.

Today, the Redken artist is based out of Pink Mullet Salon in Franklin, TN. She’s so passionate about hair that when she’s not cutting, coloring, or teaching other stylists, she’s at home wrangling models and artistic types into hair photoshoots to help satisfy her creative sensibilities.

Ever wonder about the journey your stylist took to get to this salon and chair? For Pelerossi, it’s a been a wild ride. 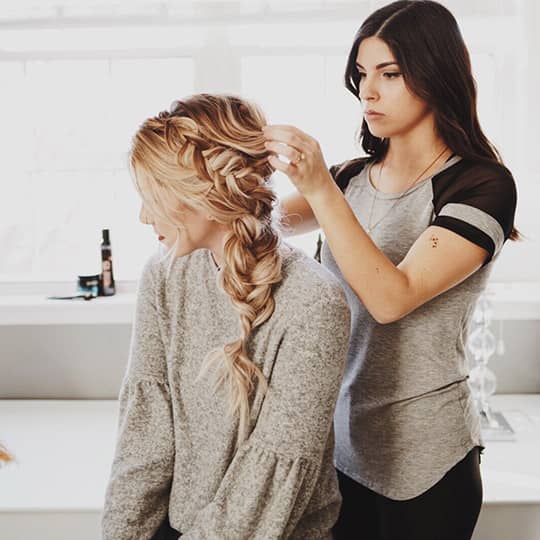 It’s important to get one detail clear: Pelerossi considers herself a bit of a reformed wild child. Born in Pittsburgh, PA, she’s a self-described "screwup” who ended up on the right path. Although she attended hair school at age 18, Pelerossi didn’t get her license for four years after graduating. Instead, she spent two years studying biology at college and freelancing hair styling on the side.

In fact, Pelerossi was established in a salon behind the chair by the time she got around to finishing up her formal licensure.

“I was doing weddings and styling and working with lots of photographers and that’s how I developed my relationship with photographers and artists... It took me a while to bloom because I’m so terribly lazy some of the time. I just get focused on whatever's in front of me—primarily school and photo shoots,” she says.

Still, all that meandering paid off when Pelerossi turned her attention to the hair world.

“It just became really apparent that my favorite thing was styling and so on my own I did styling at my house,” she explains. “Had I went straight into working at a salon, I don’t think I would’ve met all these industry people who taught me how to do good photography. I wouldn’t know all the models I know.” 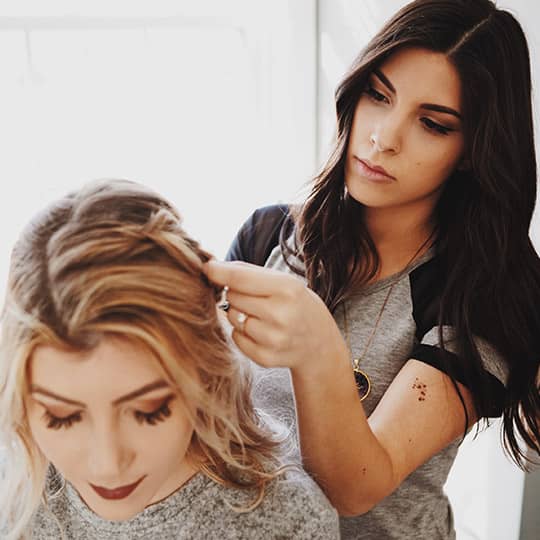 For Pelerossi, the world of hair has been all about taking a chance. She loves the chance to try something new—like becoming a Redken platform artist.

“It was just last year, it was a time in my life where I was not about saying 'no' anymore to people who made me nervous. I was like, ‘Screw that, I’m just going to go for that,' she says. “Instead of thinking and being analytical and psyching myself out to be scared, I just said yes and auditioned. It’s been pretty much the most amazing ride ever since.”

A year into her tenure with Redken, Pelerossi has been inspired by the way modern stylists shape their customers' lives.

“We’re kind of like rock stars,” she says. “If we set our mind to it, we totally can be these iconic artists." 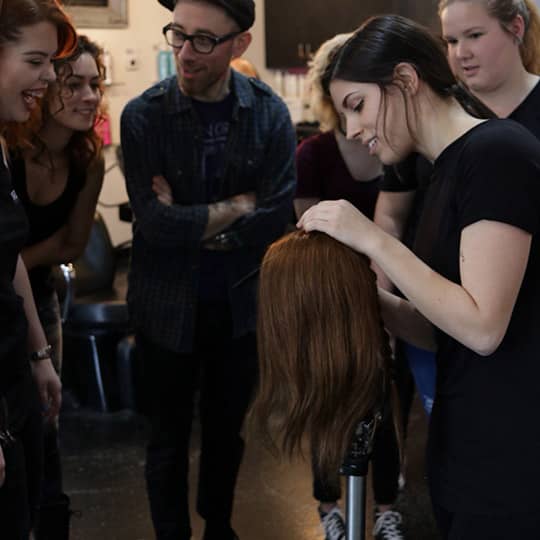 When in doubt, Pelerossi’s best advice is this: Follow any unconventional paths your life takes you down—especially when it comes to your passions.

“When it comes to creative people, we’re all some sort of artists grounded in some sort of medium,” she said, advising that others embrace the opportunities that scare them. “There’s no more ‘no’ to things that could make me scared that could be cool."

Pursuing your passion is the most valuable risk to take. After all,  Pelerossi would know!